Enviar a mensagem por emailDê a sua opinião!Partilhar no TwitterPartilhar no FacebookPartilhar no Pinterest
Etiquetas: projecto, the clown mouth gang 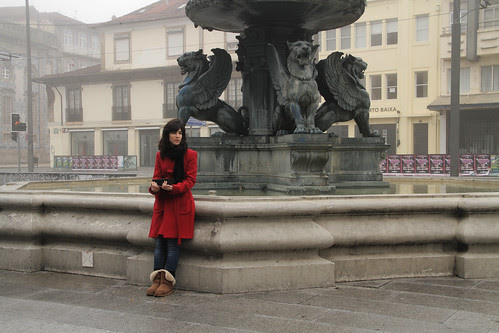 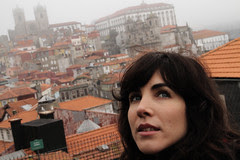 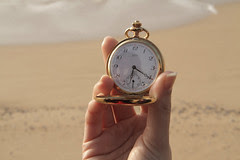 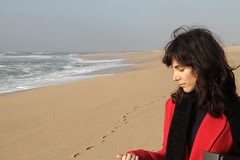 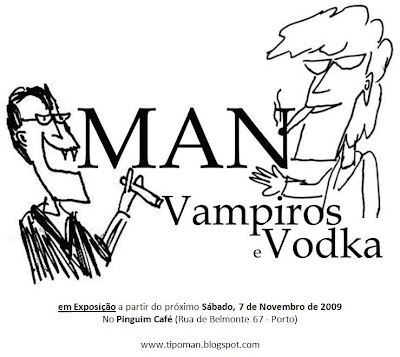 'A Noiva' esta sexta no ciclo do Cineclube do Porto

A Noiva no programa americano 'Best Short Films of the World'

'The Bride' was featured in the Best Short Films of the World, a show from american webchannel 'Indymogul'. 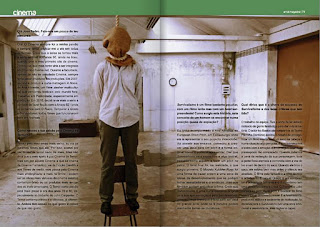 One of the short films that I am pleased to be showing at Jennifer's Bodies is Portuguese short A Noiva, or The Bride. Directed by Ana Isabel Almeida, this is an eeerie spooktacular wee short and I have to say that I'm super geeked at what brought Ana and writer José Pedro Lopes together as friends. Keep on reading to find out what... ;) 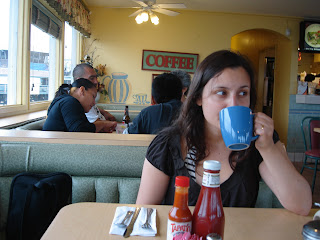 Can you remember the moment that you first decided you wanted to make movies and was it even horror related?

I can't really pin-point a moment in time, but maybe it was when I about 8 years old, and ran home from school to transform my sofa into a mining cart, while I watched "Indiana Jones and the Temple of Doom" on the VCR.
Not really horror, but still very scary for an 8 year old!

A Noiva was written by José Pedro Lopes, how did you to meet and what gave him the idea for your short A Noiva (The Bride)?

I met José in high school, and we immediately started talking about movies, directors, the X-files... Actually, he was the first film geek I'd ever met (besides me, obviously!), so that was pretty exciting.
We've been working together ever since. We started with no-budget shorts, and "The Bride" was the first short we made with some budget.
For the Bride, the idea was to create an ominous evil presence, based a bit on typical horror slashers like "Halloween" or "Friday the 13th", but have the killer be more unearthly.
Also we wanted to prove to ourselves we could make a real horror film.

A Noiva left me wanting for more. I felt that there was so much more story to be told and that The Bride was just getting started. If given the opportunity, would you like to turn this into a feature film? 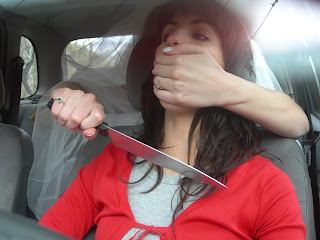 José developed the script for a feature, but then we decided to first shoot the pre-credit slaughter, and then use it as a "sample", so we could look for production funding. That's actually what "The Bride" is. A "pre-credit slaughter".
We've been post-ponning the development of the feature since 2007, because we both have very demanding "real full-time jobs".
But this year, José wrote a new short story about the same myth, which we're very excited about! We'll see how things develop ;)

I love how on IMDb it says that ‘if you liked this title then our database recommends’, and it has Carnival of Souls and James Wan’s stupidly underrated follow up to Saw, Dead Silence. What are your thoughts on this?

I think it's an automatic process, that works with taglines or something, no? eheh
Still, I get pretty excited to see the films that pop up there. I haven't seen "Carnival of Souls" but I think "Dead Silence" was great. A very moody, dark, eery film. I quite enjoyed it.

My friend Adam Barnick is making a documentary called ‘What is Scary?’ What truly scares you?

I can give you one example, that will answer both your questions: "Let Me In". I really enjoyed the original swedish "Let The Right One In". The film was perfect, flawless, original and very very scary.
The remake was also perfect, very well put together, the actors were amazing, and the directing had some very original moments, which I really enjoyed.
But, in the end, it was like watching the same film twice. For me, there was no artistic point in remaking "Let The Right One In", the problem with the film, was it's language: swedish! It makes no sense to me.
It was a big shame, because the team that worked on the remake was really good, but was limited, for the most part, to copying the original, which everyone already loved. It all seemed a big waste.
"REC" and "Quarantine" are also good examples. In this case the only change was really the language, even the production team was the same. Same movie. Really liked Jennifer Carpenter, though! 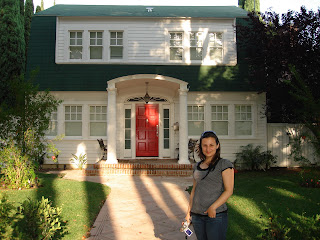 What filmmakers inspire you the most and is it wrong to think that David Lynch might be one of them? :D

I'm like a sponge, everything I see and everything read inspires me a little!
David Lynch is one of my inspirations (there's a shot on "The Bride" that's an homage to "Twin Peaks").
I also love the modern David Cronenberg, Alfonso Cuarón...I think Darren Aronofsky and Sofia Coppola are absolutely brilliant. The Coen Brothers, oh my god! I'm also very keen on Jason Reitman...
I particularly like directors that let their characters breathe and give them space to actually "live".

In an ideal dream world, who would you LOVE to work with in the future!?!?!

Edgar Wright! I have so much to learn!

What are your favourite films of all time?

This is one of the most difficult questions for me to answer. I can tell what films make me feel better when I'm sick, and that I've watched over and over again. Like for instance Edward Scissorhands, Star Wars (IV and V), Monsters Inc., Before Sunrise, Birds, Children of Men and many more I can remember right now.
Really, impossible question to answer! I'm so sorry.

And last but by far least, who are your favourite Women in Horror?

I don't know many, unfortunately, but I'd have to say Floria Sigismondi, for some of her work in photography, Mary Shelley, for being a great pioneer, and (although she isn't really a woman in horror, but for the looks of she would be great) Karen-O (from the Yeah Yeah Yeahs).
Entrevista a Ana Almeida e José Pedro Lopes (A Noiva) para o canal LxJovem a propósito do Festival Motelx
Setembro 2007

Al JenningsCult of Alfie (UK) - top 3 films of Jennifer's Bodies Film Festival
A short film about a man who wakes up with a bag on his head and rope round his neck, completely disorientated and unaware of his surroundings. A nice nod too the Saw universe, the emphasis on the clock ticking in the background was enough to torture the audience as well as the character on screen. Well Produced!

‘Survivalismo’ is a short film by Jose Pedro Lopes of Anexo 82 Productions (follow him on Twitter @zecopeco) shown at the Abertoir Horror Festival this year. Short films are a relatively new medium for me to review so bear with me.

The film confronts the viewer with a man in a hellish situation – he is perched on a chair, a bag around his head and a noose around his neck. He is alone in what appears to be an abandoned warehouse and throughout the course of the film must come to terms with why he is there and perhaps more importantly, does he deserve it?

The concept of the film largely concerns the man coming to terms with his situation and much of the inspiration of this is taken from the Kubler-Ross school of thought of stages of grief. The stages include denial, anger, bargaining, depression and finally acceptance and all certainly play out in the film. What is really remarkable about this is that even with the short 9 minute timescale none of these stages feel rushed and all add to the intensity. The performance of the lead enhances this further and even without seeing his face you do feel a connection to him.

What begins as an individual facing his own inevitable death becomes a larger metaphor for all loss and grief. There are many times in life where we ask ‘Why me?’ and this film deals with those feelings of judgement that arise when those things happen. I won’t reveal all about this film as it is a much more interesting and shocking experience.

I am very excited about the next project from Anexo 82 Productions and you should definitely look them up and see ‘Survivalismo’ however you can. Thank you to Jose Pedro Lopes for the opportunity to review this wonderful bite-size piece of intensity.

I was fortunate enough to have a message in my Facebook inbox one day from the exceptionally talented Mr. Lopes, asking if I'd be interested in watching and reviewing his short, 'Survivalismo'.
I had recently found out the film was selected into the 2012 Jennifer's Bodies Film Festival, which is run by one of my favorite ladies in the history of the world, Jennifer Cooper, out in Scotland. So if Ms. Cooper was enamored with it enough to add it to her film festival, I knew it was going to be something that was going to knock my socks off.
Holy shit, what an understatement.
'Survivalismo' is eight minutes and ten seconds of some of the most raw, nerve-racking emotional twists and turns I've ever experienced in a film.
Director Lopes does an unbelievable job immediately gluing your eyes to the screen and once the final credits start rolling, there's a good chance you'll realize you didn't blink at all in those 490 seconds that you just watched.
The lead character, an unnamed man whose face we never seen, awakes in a dingy basement with a burlap sack over his head and a noose around his neck. He is teetering on a chair and before long, he is also teetering on the edge of sanity- spinning through the 'five stages of grief', as defined by the Kübler-Ross Model at a break neck pace.
We find out more about this fellow in eight minutes than his best friend, girlfriend and anyone else close to him know in the lifetime they've spent together.
Does the man survive or does he succumb to his grief over the truth as he crashes through the Five Stages?
Reminiscent of the original 'Saw' in several regards, but even MORE psychologically effective, 'Survivalismo' left my jaw hanging and my blood cold when the final scene cut.
Hollywood, you've been warned- it's minds like Mr. Lopes that are keeping independent films rolling on all cylinders. Tinseltown big wigs, you could learn a thing or two (or five) from peeps like José.
10/10

JF Hunt - Creepercast
According to Jose, Survivalismo “is an experimental horror movie, based on the 5 Stages of Grief of the Kubbler-Ross Model. Designed to be the total opposite of the torture horror movies.” Knowing that, this one requires repeated viewing! At least for me, the first time I saw it the film seemed to test my patience. But when it got to the end of its eight and half minute run the payoff was so intense I needed to watch it again to truly appreciate what had brought it to that point. The lack of background music and attention to small natural sounds actually puts us into the head of the guy we are watching. We also picture his surroundings much as he does and all of those little details make it that much more creepy. As he goes through his five stages we learn more about him, and that in the end he is quiet possibly the worst friend anyone could have. Then the twist comes, which actually made my eyes pop wide open while I declared “Holy Shit!” I have no intention of ruining this one for you all so please, do what ever it takes to see it. It also comes as a horror festival surprise having been featured in some major fantastic festivals such as Yubari Fanta Film Festival, (Japan), and The Abertoir Horror Film Festival Melies D’Argent Competition (UK). I may also be able to blame it for inspiring me to write my own Kubbler-Ross related short film that will gladly share the script with anyone who wants to read. Just comment below! But this isn’t about me, it’s about Jose…